Among all the queries there has been one question that has been hounding human race. It’s been puzzling several civilizations the globe over, as well as the Indian civilization for over 7000-8000 years . Mother of all queries – the foremost sublimed questions – “How did the universe begin? How did we come into existence?”
These are the questions that have been chasing mankind from the millennium  and continue to chase even today.

While you are reading this we are going back through the time to the instant where there was utter silence and darkness, to the point where creation started. So, hold your breath, believe me we are travelling back in time. And here we go,
Any educated person today would answer that the universe started with an enormous big bang that has been hypothesized in education texts.
Idea of the big bang was first postulated by Belgian-Roman Catholic priest – AB Georges Lemaître, who spoke of cosmic egg from which came the big bang and therefore the entire universe spewed out of it. 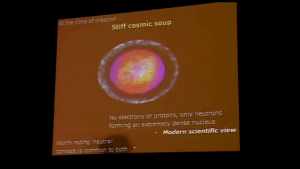 This idea was scriptured around 4500 BCE. “Sukta” 1st begin sowing the seeds of queries then begin explaining the answers. 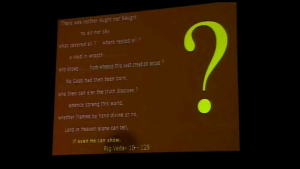 The Hiranyagarbha was delineate as a shell that’s rhythmical between two forces named, “Indra” (exerting energy) and “Vrtra” (gravitation).
When these two forces pulsate rhythmically, either of them would overcome the other at certain point. And that is when Hiranyagarbha bursts open and that we get the universe and the galaxies.

Hold your breath and let your heart pound until we explore the next inception.


One of the best articles..
Great work


Excellent work looking a head for u r further works